Only three all iron spring-driven clocks are known from the 16th century. All others have cases made of gilt brass or sometimes of wood. It is unclear whether this is due to a small number of iron clocks being made (potentially earlier in the 16th century) – or simply because the more impressive gilt brass clocks had a larger chance of survival.

This Turmchenuhr shows a painting of the castle of Nürnberg (Nuremberg, Germany) below the dial. The castle is in the state of construction that it had between 1495 and 1562. Probably Nuremberg, 1st half oft he 16th century (minute hand later).

The other two all iron spring-driven clocks are in the Germanisches Nationalmuseum, Nürnberg, Germany (around 1500) and in the Kunsthistorisches Museum, Wien (1545). 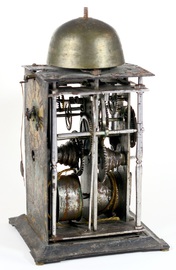 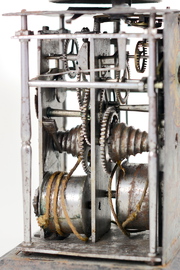 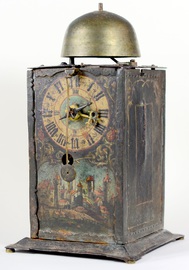 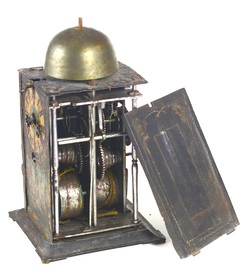 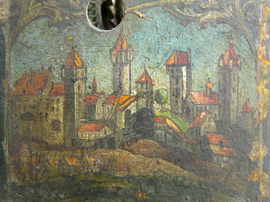 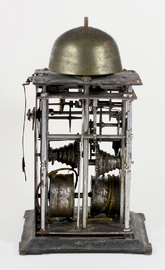